One of the impressions you get from this latest spate of beheading videos is a sense of raw desperation. The western media has been falling all over itself in the past few months covering ISIS's rapid territorial gains, and obediently broadcasting their jihadi snuff films whenever a new one hits the digital airwaves. What's been telling is that since about December or so, there's been an eerie silence regarding the former.

This isn't a coincidence. ISIS has spent weeks on end trying to push at the edges of its territory, and has been bleeding itself to no avail throughout. The months-long siege in Kobani ended with ISIS crawling away having lost upwards of 2,000 in the process. While seemingly a minor defeat, this has been an excruciating failure considering their strategic priorities.

ISIS has thus far trafficked in the illusion of invulnerability and unstoppable expansion. But what we witnessed throughout the middle of 2014 was essentially an ersatz desert blitzkrieg with a good marketing department. Much of northern Iraq and southern Syria existed in a state of quasi-anarchy, with the absence of any overarching authority and disciplined military rendering the area an open power vacuum. ISIS merely had the sheer aggressiveness to take the opportunity, and spent months either facing ill-prepared and jumpy Shia irregulars, or walking into rigidly Sunni areas more or less unopposed.

This, combined with their knack for deranged PR, fueled a self-reinforcing cycle of frightening the undisciplined Shia army into scattering and letting them further barrel into easily obtainable territory. This was followed by a steady stream of recruits filtering into Iraq to bandwagon with a seemingly unstoppable juggernaut. Their self-glorifying propaganda clearly went over well with the angry, directionless, and generally clueless young men who ambled in from Belgium/Kuwait/the UK, but this has its limits.

The limits lie at the point when the beast stops expanding. ISIS has been running on a quick-burn fuse the entire time, taking ill-defended territory and the spoils of war (resources/munitions) and surge of wide-eyed recruits that come with it. It's a formula for rapid combustion, but one that gives off more smoke and noise than actual heat.

And this circles back to the recent beheading videos. When the ability to make solid territorial gains is clipped, their only fallback is to double down on broadcasting brutality and cruelty in the hopes it can fill the void left by a stalling military campaign. The videos tailored for western audiences have meticulous production quality, as well as a touch of adolescent histrionics. Lines like the bizarre threat after the beheading of journalist Kenji Goto - "So let the nightmare for Japan begin!" - are more indebted to cheesy action flicks than the austere, clerical reserve of traditional Mujahidin.

On the other hand, videos designed to scare the locals are grainy and choppily edited. This is a militia that knows well and good what their actual asset is, and they're milking it for all its worth.

ISIS is, in a sense, best understood as the region's noisy, sadistic drama queens. There is no strength in raping teenagers or persecuting religious minorities. The tragedy of abusing those who cannot defend themselves never dissipates, but its ability to intimidate certainly does. We are looking at a persistently undisciplined and underqualified fighting force that took its vile day in the sun and ran with it.

Our western media canon, with which much of ISIS seems to have a telling familiarity, has raised us on evil geniuses - Nazi or Soviet officers adept at guile and calculation. It's a well-worn narrative trope, but in the fabled real world evil is often reckless, arrogant, and stupid. And sometimes good (or, in a blood-soaked region, the best of the bunch) is shrewd, collected, and stoic. ISIS's frantic doomsday eschatology has a funny tendency to fall flat against the unforgiving calculus of battlefield performance. 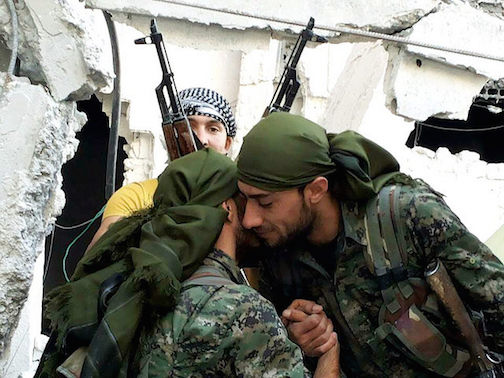 As a teenage Christopher Hitchens fanboy I was introduced to the Kurds by proxy, and they've long had a reputation as an exceptionally hard and determined people in a part of the world known for being frenetic and overexcitable. (The Kurds also have remarkable gender equality in their armed forces, but that's another essay.) And when ISIS attempted to siege Kobani, they were estimated to have lost up to 4-5 fighters for every one Kurdish YPG who fell. It's not a good look for an organization obsessed with how it looks.

Turning towards the southeastern reaches of ISIS's territory, there's clear evidence that the Shia radiating from Baghdad and nearby Kurds are receiving direct assistance from Tehran. Iran's wraithlike Quds Force is particularly effective at external operations and black ops, and their penetration into Iraq was likely inevitable.

Which brings us to Quds' acting general. Referred to in the West as "The Shadow Commander", a Tom Clancy-esque sobriquet for the ages, Qasem Soleimani is known as one of the most brilliant operatives in the Middle East. He's a proverbial "magnificent bastard" - a man grudgingly respected by even those who despise him. This is only bolstered by him being a notoriously quiet and unassuming figure, a counterpoint to his pedigree as a war-hardened son of the Khomeini revolution. 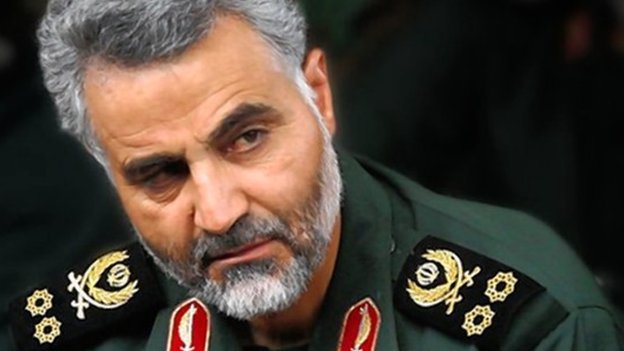 ISIS are neither a cautious nor discrete bunch. They tend to toss up mobile device metadata and those telltale black flags in equal measure. Broadcasting their operations is par for the course. Much of their infantry consists of a motley collection of war tourists from abroad, many of whom have no natural ties to Iraq and Syria nor prior exposure to conflict. The Iranians, by comparison, are a silent and deliberate force with territorial knowledge and deeply ingrained training. The Shia in this region have long, long memories, and these old animosities burn deep.

And, as if to signal a turning point, an attempted ISIS assault on an airbase near Baghdad last week was repelled with almost comical ease. The Iraqi Shia military actually stood their ground - unlike dissolving and fleeing as they did in Mosul - and ISIS crawled away yet again with its tail between its legs. It's also clear that the Kurds have begun quietly capturing ISIS holdouts.

These are the kind of human beings ISIS will have to contend with now that they've nabbed the easy territory in Iraq and Syria - well-equipped fighting forces with a strong grasp of doctrine. Kurds, Iranians, Americans, others. They'll probably continue to slush around in their current holdings for some time, ebbing and flowing in regions where they make judgment errors and temporarily have to beat some kind of retreat. Undoubtedly we'll keep seeing the abuse of women, prisoners of war, and ethnic minorities. But ISIS is terribly ill-equipped to deal with disciplined militia, or with armies that don't shake easy. Their modus operandi is incompatible with as much. They're also stuck with the fact that open desert is probably the most aerial bombardment-friendly terrain on the planet. With both the local Sunni tribesman and other Wahhabist jihadis also growing weary of them, it's likely that ISIS will sulk in their current holdings doing relatively little for now until the next time they decide to impale themselves on a Kurdish bayonet.

-ISIS and the Logic of Shock (The Atlantic)

-The Pornography of Jihadism (The Atlantic)

-Here’s everything you need to know about “too extreme for Al Qaeda” I.S.I.S. (The War Nerd)

As forewarning to anyone following the conflict in the Middle East - don’t take network news anchors seriously.…

Adam Patterson is a Washington, DC based writer who covers a wide range of topics in global security. My…