As forewarning to anyone following the conflict in the Middle East - don’t take network news anchors seriously. I generally tally this as a given, but it’s especially true when it comes to reporting about conflict regions. These are not personalities invested in serious analysis, though they are (quite directly) invested in serious viewer count.

A CNN report I caught Thursday morning was the latest in the ISIS fear-mongering school of broadcasting, this time centered on an ISIS-affiliated force controlling the Libyan city of Derna. This ludicrous segment featured a diagram showing the distance from Libya’s coast to Sicily, suggesting that ISIS is one step closer to visiting unholy vengeance upon Europe’s olive groves. There was some open fretting about ISIS being able to - catch this - sneak militants into the southern extreme of Italy via improvised boats, just in case you hadn’t received your weekly dose of uninformed paranoia yet.

Which begs the question about any factual basis behind this report. It’s true that ISIS now has claim over Derna, a city in the far north of Libya. Starting in April, a steady stream of disparate Jihadists filtered into the city. They eventually consolidated under the ISIS banner and swore fealty to the Caliphate in early October, so by transitive property ISIS now has control of a satellite city in North Africa.

While this might sound like a Trojan Horse-caliber act of subterfuge, Derna has long held a reputation as a breeding ground for violent Islamism. Derna contributed more foreign fighters per capita to Al Qaeda in Iraq (ISIS’s predecessor) than any other city in the entire MENA region, bar none. It was also one of the most tenacious holdouts against Gaddafi, similar to how ISIS-friendly Sunni strongholds in Iraq were generally hostile to Maliki’s weak Shia government. As happened with many cities in Iraq, this was less a case of Tamerlane ransacking Persia and more an instance of ISIS waltzing into a territory where they were at least partially unopposed. If there’s one thing ISIS has proven competent at, it’s playing the strongman in the midst of localized anarchy and power vacuums. But again, these are less tactical victories than acts of simple opportunism.

ISIS likes to claim a bigger global foothold than they have, similar to how they previously threatened violence against Japan - a far-away island nation with almost no external military. And reports do indicate that ISIS also has fringe presences in Afghanistan, Yemen, and Sinai. ISIS’s recruitment efforts in Afghanistan were unremarkable at best, up until a bulk of their 135 alleged conscripts were unceremoniously captured by the Taliban and things more or less ground to a halt. Their top recruiter in Afghanistan is said to be in Taliban holding, likely awaiting execution and wondering why he didn’t take up accounting instead.

There’s a large difference between audacity and savvy, and the two are often mutually incompatible. A recent analysis from Graeme Wood in The Atlantic suggests that ISIS, even above other jihadist factions, has a driving belief in doomsday eschatology centered on the inevitability of their victory and the subjugation of neighbor states. To place in reductive terms, the most devout among them believe they’re harbingers of a holy apocalypse sanctified by territorial gains.

This often gives them a sense of fatalistic invincibility, but one that’s often more self-destructive than it is effective. It's also a markedly different mindset from the surviving generation of Jihadi movements, men who are also true believers but much more committed to driving out unwanted powers and asserting Islamist self-rule. The Taliban is a classic example of this, unsparing fundamentalists who beat back the Russians before turning their American-acquired munitions back on us. The Taliban have long tried to act as the Islamist equivalent of an iron fence against non-local occupiers while simultaneously subjecting their own territory to a brutal and ugly permutation of Sharia. But the Afghan people as a whole are tribal loyalists at core, and reject territory-redrawing conquest. (Which is likely why ISIS recruiters have done so poorly in the region.) 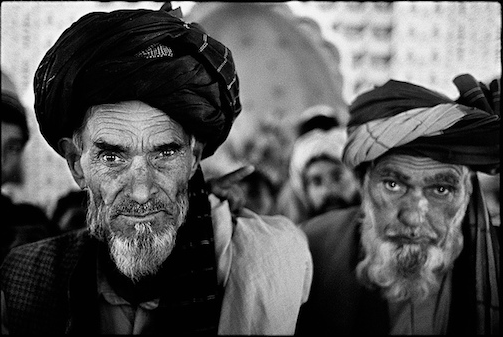 ISIS, on the other hand, are not regionalists. Their brand name advertises as much. Abu-Bakr is known to have proclaimed “Syria is not for the Syrians. Iraq is not for the Iraqis”. They’re much more concerned with violently upturning nations and territories in order to usher in a prophesied dominion. Some men, after all, just want to watch the world burn.

Which brings us to the question of whether or not they can sustain governance of any lasting form. This is another area where ISIS’s violent hubris runs against the logistics of sustained military and political success. ISIS has effectively antagonized every local power in the region. This is not an issue if one believes your victory to be a divine guarantee. But as doomsday preachers have been discovering to their chagrin since the dawn of history, the universe has a stubborn tendency to ignore the rantings of apocalypse-minded lunatics.

Not only has ISIS provoked literally each neighbor state, but they’ve made de facto allies of nations who generally despise one another. The only arguable sign of the end times is that Iran and America now share policy goals. Top this off with the fact that ISIS has managed to even make enemies of geographically remote states like Japan, and we’re looking at a territory that would be so universally ostracized and held in contempt it would make North Korea look like Sweden.

For all its celebration of a fetishized early Caliphate, ISIS is a deeply ahistorical organization. It essentially exists in a void where previous cultural or tribal affinities are diminished. You can see it in their destruction of cultural sites and attempts to annihilate ancient religions. To a point, it’s like an Islamist version of the "Year Zero" principle that's instilled in absolutist dictatorships where the cultural and historical memory is cast away and the calendar forcibly “reset” at the point when the new regime took power.

This is a contrast to ISIS’s neighbors, and is a subtle weakness in ISIS’s caliphate fever-dream. The Kurds, who are fighting back rather effectively, are defending both their historical territory as well as their way of life. Their fight for tactical dominance is inseperable from a reverence for the land of their forbearers. While not under direct threat, the Iranians have also started to launch a campaign against ISIS, and their tenacity is tied to sectarian grievances that their leadership has been nursing for decades.

In my previous post, I called out the commander of Iran’s Quds force - Qasem Soleimani - as a man with a long-standing involvement with nearly all of Iran’s conflicts through the past 35 years. In contrast, ISIS’s assumed military chief is a 20-something who goes by the non de guerre “Omar al-Shishani”. Born Tarkhan Batirashvili, he’s an ethnic Chechen with a respected but undecorated military service who was discharged on medical grounds after a prolonged spell of tuberculosis. He returned home, and after a period of aimlessness was arrested for illegal weapons possession- ultimately serving 16 months in a Georgian prison. He subsequently made his way to Syria, where he assumed positions of increasingly responsibility within ISIS before rising to the commander of the Syrian front. 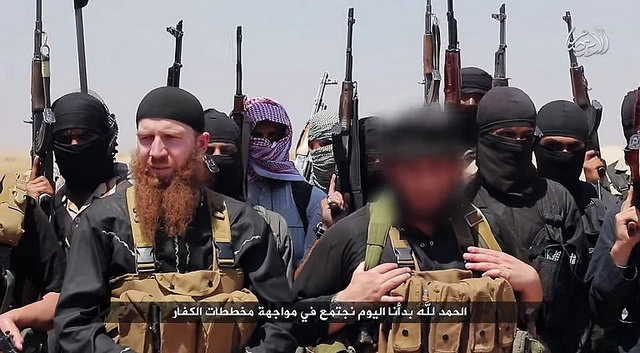 In short, the man assumed to be ISIS’s supreme general is a 28 year-old foreign wayfarer. Skills or aptitude aside, he’s a stranger in a strange land fighting in the name of an abstraction and leading a force that’s a patchwork scrambling of fighters from disparate nationalities. And while it’s true that its fighters might share an assumed ideological bond, Chechens are a markedly different people from Tunisians or Kuwaitis, for example. Throw in the complexities of sustaining a newly-declared state with their failures at breaking into Kurdish territory or making further inroads toward Baghdad, and you’re looking at a recipe for stagnation. Or at the most extreme end, you could potentially see internal rupture.

And there are clear indications this is already happening. There have been recent accounts of infighting between ISIS's foreign fighters in Syria. In fact, there were apparently open clashes between Chechen and Uzbek recruits this month that only ceased when Omar al-Shishani himself intervened. Two senior ISIS commanders were reportedly killed during the standoff. A loose coalition of Syrian rebels and local Kurds have also retaken upwards of 200 villages from ISIS control, severely disrupting ISIS's already rickety supply lines.

This ties into questions of how they sustain national income and resource management. Tellingly, ISIS has a tendency to fall back on their digital production team whenever they’re self-conscious about looking weak. It’s possible this is the reason they’ve made such thorough use of captured British journalist John Cantlie in western-tailored propaganda videos, the overwhelming amount of which have been intended to “clarify” that things in ISIS’s captured territories are in fact running quite smoothly, thank you very much.

In contrast, ISIS has proposed almost farcical policies regarding trade and currency management. The most well-known of these is their hoarding of precious minerals in order to mint gold dinar that mimic the coinage of the first Caliphs. This is another policy that's more indebted to their fetishized vision of early Islam than the pragmatic realities of running a modern state.

ISIS has long raised capital from both outside donors as well as from the direct spoils of war. Beyond their recent capturing of oil fields, ISIS has improvised ad hoc funding methods ranging from auctioning precious artifacts, to ransoming, to checkpoint extortion and raiding banks. There have even been macabre rumors of underground organ trafficking.

Plunder can only take you so far, and ISIS's actions have shackled their commerce to the black market. Inevitably, a nation-state has to establish secure economic and market ties in order to compensate for its resource deficits. We take this for granted in the United States as a net exporter of grains, but many countries have to import resources that they might literally die without. While the prognosis might not be that grim, it’s apparent that ISIS’s indiscriminate antagonizing of its neighbors will force it into self-sufficiency.

And here emerges a damning paradox - ISIS has made a policy of recklessly exploiting chaos and political fragility, but they have no proven track record of competent administration. Most reports indicate it's not exactly their strong point.

This is a drier topic than military conflict, but ISIS may only be able to sustain itself as long as it's gaining territory and spoils. As the past few weeks have shown, they’re clearly not able to grow at the rate they have over this past summer. The other side of this is that ISIS may have to pull back and focus on solidifying its own territory - something that has come under increasing threat from both the Kurds and Iraqi Shia. This could force them to prioritize consolidating their governance and resource management. And at the moment when ISIS stops acting as belligerents, they’ll be surrounded by a host of adversaries that (pardon the phrase) want their heads.

When all is said and done, we’ll likely see ISIS die a prolonged and noisy death. There probably won’t be any hollywood-caliber reversals of fortune or major victories. The theater in Syria and Iraq will remain a bleak and morally agnostic place, where ISIS clashes against a monster like Assad for months on end or contends with a ruthless bastard like Qasem Soleimani. But ISIS has rendered itself isolated and deeply loathed, an artificial state hounded by the unforgiving demands of supply and governance. It’s only a matter of time before it starts to eat itself.

-What ISIS Really Wants (The Atlantic)

-Why The Caliphate Will Devour Its Children (The Daily Beast)

ISIS’s rise as a local power was near inevitable considering the discord thrown at their feet. The 2003…

One of the impressions you get from this latest spate of beheading videos is a sense of raw desperation.…