Like many casual Putin watchers, Boris Nemtsov wasn't a name I heard regularly. American observers tend to hear about Russian affairs whenever they have external repurcussions - such as the farcical Sochi Olympics or the violent partitioning of Ukraine. The inner workings of the Russian system have much less broadcasting cachet, so even major incidents and figureheads generally stake a peripheral claim on our media attention.

I'm not going to draft this post as a eulogy, since plenty of journalists with a deeper appreciation of both Russian history and the life of Netmsov himself could do so with more grace. He was, by all accounts, a brave and principled man with a deep love for his country. Above all else, Boris Nemtsov was a dogged opposition leader who never tired in his defense of liberal ideals against the chilling creep of Putinism. And, as far as internal Russian events go, his murder was so jarring that it managed to create a furor even within our nearsighted American press.

While there's no direct proof linking Putin to Boris Netmsov's death, the assassination was damningly timely. Nentmsov was allegedly preparing a report that would conclusively prove the Russian military is operating in eastern Ukraine. Nemtsov remained one of the most fearless critics of Putin, and the one most likely to poke holes in his political deceptions. His murder had a chilling effect within the opposition press, which says far more than even Putin himself might be comfortable with. 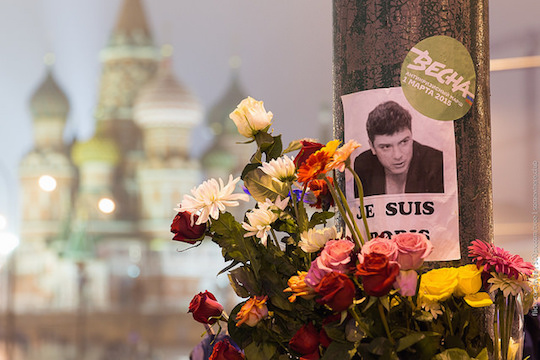 Sheer scandal aside, the murder of an opposition leader is unfortunately not out of line. It’s been remarked that Russia’s enduring political characteristic, above all else, is a default to strongman rule. Whether Czarist, Stalinist, or Putinist, there’s a marked tendency in the Russian body politic to promote autocrats who base their image on nationalist posturing. Much of Putin’s self-construct hinges on a frowning defiance of the NATO West, and a tendency to sprinkle his rhetoric with denunciations of the alleged breach of Euro-American control into Russian sovereignty. The incursion into Ukraine, after all, is not an advance of Putin’s particular interests. In his rendering, it’s an assertion of Russia’s duty to reclaim what it’s entitled. Putin, as a matter of deliberate process, perpetuates a rhetorical fable wherein he alone sustains an entire nation’s dignity and fortitude.

Opposition voices, even if they lack his military and fiscal power, have a pesky tendency to slash holes in this canvas. Technicalities and layered analysis are the inherent enemy of political singularity, especially when it’s based on a cult of soft propaganda. Boris Nemtsov was trained as a chemist, and while fiery and unyielding, his personality seemed rooted in an appreciation of reasoned analysis. Putin, by contrast, was reared on a combination of nationalist pride and Soviet fantasy.

Coming from a childhood in ruined Leningrad, Putin grew up in the shadows of Russia’s grueling and heroic standoff against Hitler’s eastern incursion. The siege of Leningrad resulted in over three million Russian deaths, much of them from starvation. (It is, by most accounts, the most costly siege in terms of lives lost thus far in history.) In the same way that we hold up America’s intervention in WWII’s western front as a singular act of heroism, the Russians have a similar and arguably even more somber reverence for their defiance of Hitler’s invasion. In the Soviet, case this was sanctified by the spilling of Russian blood on Russian soil and the shattering of one of its proudest cities. In terms of sheer existential threat, it’s colossal compared to our geographically removed intercession. WWII is referred to as the “Great Patriotic War” in Russia, and to this day it’s an unforgivable taboo, even a potential crime, to question the Soviet narrative that was built around its remembrance.

As a less dramatic footnote, Putin was also raised on a diet of Soviet action films. While this might sound about as politically resounding as, say, a president’s appreciation for John Wayne flicks, Putin held a special reverence for the stoic KBG officers of Russian cinema. They were presented as towering nationalist heroes, walking embodiments of Soviet determination and raw defiance. Although Putin’s macho posturing and shirtless photoshoots might appear ludicrous and campy to us Americans, they are a sincere replication of this iconography.

But Putin was hardly an action hero during his young adulthood. He was, by most accounts, a stultified bureaucrat working in a remarkably safe KBG post in East Germany. While clearly a spy agency job, it likely taught how to navigate the workings of a rigidly Soviet apparatus above all else. In American parlance, Putin was what we’d call a “desk spook”. His image, much like the symbolic everyman heroes of his favorite childhood movies, is deeply indebted to mythos and narrative. And its this synthesis of mythology both personal and national that makes up Putin's claim to political authority.

What this self-sanctifying lacks is the ability to address valid discontent, especially when critics point out contradictions to the Putinist myth. Boris Nemtsov was a native of Sochi, Russia, and made persistent effort to expose corruption behind the Olympics - including payoff that actively benefitted Putin and his inner circle. These honest criticisms (among others) risked pointing out that Putin was less of a judicious strongman and more of a self-interested plutocrat. There are few things that Putin seems to resent more than the implication that he treasures not the totality of Russia, but the singularity of his own power. 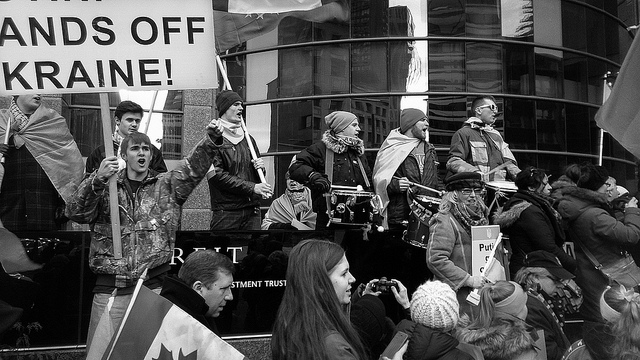 This is what autocracy breeds. Glowering paternalism of Putin's stripe tries holding itself up as necessary for protecting a fragile society, often invocating "threats" both internal and external for legitimacy. These rationales tend to fall away when you mow down a middle-age father in broad daylight. Absolutism has a tendency to rob a culture of its innate warmth and eclecticism as much as it hobbles political innovation. It can also self-injure, albeit subtly, in the face of dissent. The agitprop of Pussy Riot isn't nearly as dangerous as a bloodied corpse sprawled in front of the Kremlin. In their gritting pursuit of complete authority, Putin's junta has lost the ability to appreciate symbolism.

The murder of Boris Nemtsov can be seen as the violent ending to a standoff between the critical and innovative against a cult of postured appearance. Self-styled strongmen generally react to political challenges as they would existential ones. That is, with a hail of gunfire. This can be as much an American problem as a Russian one, but political theater is far more marketable than critical examination. The former is a quick salve for a wounded national ego, but frequently toxic to sustained improvement. Reform-minded analysis, on the other hand, can be an arduous process that offers recovery in pained increments. But it is the only genuine remedy.

ISIS’s rise as a local power was near inevitable considering the discord thrown at their feet. The 2003…