What you’re struck by in the world of security is that so much of it involves executing chess-like gambits that box in your opposition - or at least corral them - as efficiently as possible. You don’t actively confront your enemy as much as you set up a series of subtle blocks and tripwires that either conceal yourself entirely, or fire in unison when the time is right. Something that stands out about Sinaloa Cartel kingpin Joaquin “El Chapo” Guzman’s escape from the Altiplano prison is the ostensible cleanliness of his break. In order for something so neatly executed to occur under such risky circumstances, you’d have to insure the entire web of possible counters was thoroughly disarmed.

This necessitated, as an informal list, that the prison wardens not be aware of any disturbances to the structure of his cell, that the corps of engineers who created his escape tunnel be able to flawlessly measure and implement their schematics without inside communication, that guards not pursue or watch over Guzman during the time of his escape or some small period thereafter, and that the sparrow used to test the safety of the passageway's air was somehow smuggled in without any cooperation on the part of the prison staff. All of these in coordination would be effectively impossible. There’s little doubt that El Chapo managed to keep survey over and even manage his Sinaloa Cartel empire from within prison. He’d previously been incarcerated in the Puente Grande prison, and his tenure there was marked by open access to liquor, gourmet meals, Viagra, and call girls. These are not the kind of things any one prisoner can furtively smuggle, and require active complicity on the part of his wardens.

Not only was Guzman procuring contraband during his 1995-2001 incarceration, but he was alleged to have kept most of the prison staff on payroll - a network that encompassed everyone from guards to the penitentiary director. His influence over the prison staff was said to be near-universal, and even police in the surrounding province were bribed right before his escape to delay the manhunt so Guzman could gain enough distance. While Mexico’s government claims that Guzman’s escape was enabled by a narrow cadre of maintenance workers who smuggled him via laundry cart, it’s commonly believed that the prison staff effectively allowed El Chapo to walk out. Though it’ll likely be impossible to ever verify either story, since all security footage from the day of his escape was erased.

The ever-present threat of violence was an adjunct to this rampant bribery, and a prison guard who attempted to report the corruption around Guzman in 2000 disappeared seven years later. He has not been heard from since.

All of this brings us to how his latest escape was so cleanly executed. It’s likely that the Sinaloa Cartel attempted to extort the compliance or obedience of much of the prison staff, if only forcing many of them to look the other way. As of July 18, seven prison workers have already been charged with aiding Guzman in his escape. Guzman’s enforcers probably offered much of the prison staff the choice of either taking bribes to look the other way/assist El Chapo, or risk violence against their families. Which is more pernicious than just threatening violence as the only option, because it forces the prison staff to become complicit and risk bribery charges if anything is found out. It dirties the entire operation - even unwilling bystanders - and forces a culture of conspiracy around the whole affair and a unified fear of snitching. It also makes it much harder for investigators to unravel the operation after the fact, and it’s possible the threads of collusion that enabled his break will never be fully exposed. 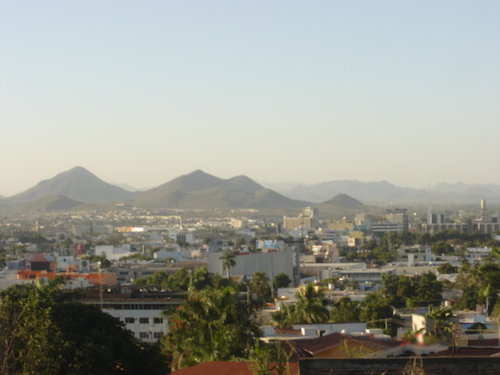 *Culiacan, base of operations for the Sinaloa cartel.* [Credit - Wikimedia Commons]

This probably wasn’t a failure of rectitude or discipline as much as it was a failure of the local government to guarantee protection for the prison staff and their families. Mexico’s cartels are vigilant in impressing that they alone hold the keys to life and death for anyone within their purview. Certain powerful figures within Mexico’s narco-insurgency are devotees of Santa Muerte, a Catholic folk saint who worshippers appropriate in order to ask protection from (and mastery over) death. The specter of horror and murder is what hangs over the common folk in narco-infested territory, and its perpetual reminder is what coerces the culture of silence that allows cartels to operate with relative impunity. Analysts often speak of the journalistic blackout that blankets regions with a heavy cartel presence, and writers that even do the most straightforward, non-confrontational reporting on the cartels are prone to being found in unmarked graves.

It’s something we take for granted in the United States with our stable rule of law and rapid police response, but many of the common people of Mexico live in mortal terror of the cartels. One of the bitter ironies of Donald Trump’s recent bloviating about Mexico “sending” violent criminals to the United States is that immigrants who come to America from south of the border often do so to escape the local thugs. The murder rate in certain cities and provinces in Mexico is astronomical, to the point that gunfights and open displays of gore are regular occurrences. The threat of murder, and the general leverage of intimidation, is often the most powerful currency that cash-soaked cartels can trade. Money talks, as they say, but violence shouts in your face with a knife at your throat.

And these aren’t the sort of quiet, sleep-with-the-fishes mob executions that are boilerplate tropes in American mafioso films. Towns throughout Mexico’s most violent regions have been forced to endure horrific tableaus ranging from mutilated corpses hung en masse from the local bridge to headless bodies dumped at random on the side of the road. These are acts of butchery and depraved gore that harken more to the raw horror of Cormac McCarthy’s Blood Meridian than a furtive gangland shootout that might occur here in the United States. The exercise of violence in cartel-heavy parts of Mexico is open and glowering, the type of brutality that makes itself deliberately announced. 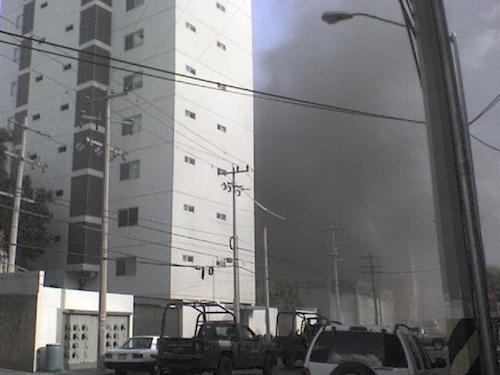 Which brings us to the central foundation of how cartels remained moored in many parts of Mexico - they calculatedly weave themselves into the life and culture of whatever territory they deem necessary to operate within. The permutation of massacre and terror is only the most overt aspect, but is often the least corrupting to the government, police, and security apparatus. It’s raw intimidation, plain and simple. Something the cartels do on a much more insidious basis is normalizing their presence and operations. As a matter of process, narco-syndicates ranging from the Sinaloa Cartel to more recent entrants like Los Zetas muddy the water around them and implicate the entire local culture, if only by proxy.

El Chapo’s Sinaloa Cartel has made common practice of engaging in charity works - they’ll often renovate schools and local churches, effectively making the livelihood of youth education and Catholic spiritually interwoven with the spread of blood-drenched narco money. It’s the dual exercise of the clenched fist and the open hand, alternately displayed so as to coerce the subservient gratitude and cowering respect that organized crime perpetually craves.

El Chapo is notorious for strolling into high-end restaurants with a cadre of armed bodyguards, locking down the restaurant while confiscating all patron’s cellphones and cameras before feasting like an emperor as his attache stands watch, who inform diners they should keep eating and not worry about their bill because “The boss will pay”. Once he’s finished, El Chapo picks up the tab for every diner in attendance and leaves a massive tip for the waitstaff, while his rifle-strapped henchmen return each cellphone. El Chapo’s Sinaloa Cartel has leveraged this tactic writ large with prudence and skill, and this has likely insured their longevity and resilience above some of the more reckless newfound cartels. Mexico’s narco syndicates are often less scattershot terrorists than they are deliberate, methodical corrupters.

That is the damning adjunct to this whole escapade - evil often demands order. Or rather, evil without order can metastasize into something more rampaging and vicious. A recent story in The Atlantic where a reporter in Texas convenes with two veteran operatives and a former drug trafficker raised the theory (posed by the interviewees) that El Chapo’s escape plans might have been intentionally overlooked because his return would stabilize the underworld. The most powerful cartels are not, in the most blackened, utilitarian sense, interested in violence for violence’s sake. They only spread their tendrils far enough to insure the terrified compliance of locals and the relative distance of the government. Their ultimate goal is often not to destroy, but to mutate the security apparatus and rule of law so thoroughly that their presence becomes the new normal.

Whenever competition becomes too vicious, or territory and transport routes heavily contested, then the escalation in violence reaches a crescendo that consumes everything around it. This was seen following the rise of the uniquely deranged Los Zetas cartel starting in 2010. Their means of intimidation, and lack of compunctions about who they targeted and how, ultimately become so severe that by the warped logic of the drug trade it necessitated a crackdown on the part of both the government and the fellow cartels. An upstart cartel called Jalisco Nueva Generacion recently began launching open (and often random) attacks on government security personnel. There’s a cynical hope that El Chapo, with his consiglieri style of brutal yet “rational” retribution, will put those jackals down and allow the cartels to operate under the old paradigm of terrified detente.

This, ultimately, is how drug kingpins survive. They infest both the local character and the law enforcement apparatus so deeply that their presence becomes unavoidable. They also, through the prospect of escalating violence, invoke greater horror in their absence. Murdered police officers and “disappeared” informants are ultimately a lesser brutality than open gunfire in busy markets and severed heads thrown in the street. The pitiless logic of the black market is merely the penumbra of the legal economy. Even the trade in drugs, trafficked women, and stolen weapons prospers best in a stable system with unmolested coordination between supply and demand, and any interruption thereof is rectified as quickly as possible. It’s just that this form of market correction demands human sacrifice.

For any questions or contact about this blog, I can be reached at NapalmInTheAM@gmail.com

Waltz With the Devil

Animation is one of the most effective, if not starkly beautiful, mediums for conveying the impact of memory. Recollection…

In Three Asunder: Iraq's Final Days As a State