Few things in the past month have made me wince quite like Secretary of Defense Ashton Carter's recent proclamation that the Iraqi National Army lacks the will to fight. Both our politicians and our pundits often misfire when it comes to translating foreign conflicts for an American audience. The Iraqi Shia don't lack the will to fight, they lack interest in risking death for the sake of reclaiming semi-decimated territory on behalf of Sunni who hate them.

Ramadi fell early last month, with the Shia army scattering at the sight of a lesser ISIS force. This, coincidentally, is not dissimilar from what occurred in Mosul in summer 2014. There's been a widespread gnashing of teeth in the States about how this latest defeat signals a damning failure of Obama's insurgent containment policy. ISIS's running rampant through greater Anbar is held as a sign that we have - to use an old phrase - let the terrorists win. But Anbar is an overwhelmingly Sunni province, and ISIS has ebbed and flowed throughout the territory for months now. What they've failed to do is make much of an inroads towards Shia Baghdad in the intervening period. It's unlikely they'll ever do so.

Something that ISIS learned the hard way earlier this year is that knocking away occupying Shia militias in Sunni territory is far easier than displacing the Kurds. They attempted to replicate their shock-trooper offensive against the Kurds in Kobani and found, unsurprisingly, that the Kurds lived up to their reputation as a people who don't know what it means to go quietly. The Kurds gritted their teeth and staged a cold, deliberate, and ultimately heroic standoff against the frantic lunatics of ISIS who'd grown acclimated to facing either defenseless minorities or transient Shia garrisons.

ISIS may not be the rampaging martial geniuses that hysterical fantasists like Lindsey Graham have talked them up to be, but they are capable of changing course when they realize they're being lacerated. They've avoided targeting the Kurds since Kobani, and ISIS has ended up coloring the desert a lovely shade of red whenever those two reengaged. As a consequence, ISIS has refocused their efforts on chasing off Shia armies that claim a presence in Sunni-dominated areas of Syria and Iraq.

This is a relatively clever move on their part. ISIS is fixated on PR and the recruiting power of their image, and it's easy to sustain that self-branding if you're making noisy territorial gains. Never mind that these victories often come easily and with minimal bloodshed. If ISIS can throw enough shock troopers and suicide bombers to scare away Shia fighters, then it may well be what's required to entice a wave of angry young men to replace the front-line grunts who were killed in the last offensive. ISIS will most likely focus on gains throughout Syria and Iraq's Sunni heartland, and eschew incursion into Kurdistan or the fixedly Shia territory to the southeast.

And to return to Ashton Carter's misleading declamation, the Iraqi Shia army would probably fight like hell were ISIS to attempt to subjugate Baghdad or the territory radiating toward Iran. Iran, whose cold-eyed operatives have been backing up the Iraqi Shia whenever possible, even spat back that it's America that lacks the will to fight - the implication being we're not devoting the resources and manpower necessary to coerce Iraq into national cohesion.

There's been recent analysis from intelligence experts that suggest ISIS may internally fracture, especially since its upper leadership is divided between Jihadist diehards and former Saddam loyalists. Their current focus on destabilizing and carving up the Sunni heartland seems an attempt to further exacerbate the power vacuum that's sprung in areas like Anbar, which is a safe stretch of territory to hold as a base of operations and fallback point. It's also proven a violent no-mans-land for external Shia and Kurdish forces, which is the kind of tactical smokescreen that ISIS would need to build and rely upon to survive for any length of time.

What we're witnessing right now is the dissolution of the post-imperial Iraqi and Syrian borders into sectarian demarcations. There seems to be chatter in Iraq that the fight to perform triage on the old borders is ultimately in vain, and that the bloody spiral of sectarian violence, reprisal killings, and hostile mistrust has rendered unified reconciliation nigh impossible. There were a lot of observers - myself included - who figured that ISIS was entering a decline as of February of this year. But ISIS stayed true to their modus operandi of exploiting localized instability, and the grueling severance of Sunni from Shia Iraq has given them an unforeseen shot of life. Which is not to say they'll ever maraud far outside of Sunni lands. Something the hawks and the doomsayers fail to note time and time again is that ISIS remains rightfully apprehensive about engaging beyond contested Sunni territory. 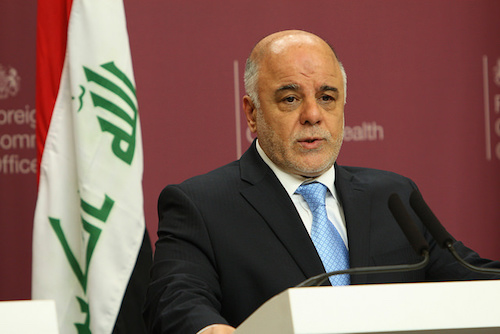 This also feeds into the broad pattern of substate strife that could define both international terror and military engagement in the Middle East throughout the foreseeable future. The current generation of violent Jihadis seem focused not on external antagonism toward America and its allies, but rather on plunging their hatreds into localized conflicts. The Syria-Iraq border has effectively collapsed, and Sunni insurgents have radiated outward trying to seize territory from Assad's regime in the north and the Iraqi Shia government to the south. We're watching - before our very eyes - borders being redrawn across sectarian lines through force and violence. A vaguely pan-Sunni expanse has emerged from this swamp of massacre and immolation, and it's unlikely either of the remote Shia governments will be able to reclaim dominion over what's lost. ISIS and the other insurgent armies scream for their blood, and even the peaceful Sunni broadly hate them.

It's important to remember that much of this has unfolded under the watch of former members of Saddam Hussein's high command. We're not seeing a militia led by Sunni peasantry as much as an elite who used to hold dominion over all of Iraq attempting to carve out control of the Sunni contingency. This is not to say that ISIS's demonic and rapacious brand of insurgency represents a legitimate exercise of power (or is even sustainable), though it does show that ISIS is one among many Sunni elements attempting to partition territory apart from that controlled by the Kurds and Shia. Iraq itself may ultimately break into a tripartite division, with the Kurds controlling their own state while the Shia and Sunni divide the remainder.

Which ultimately leaves the question of what will happen to ISIS assuming they're segregated to the Sunni heartland. There's a possibility ISIS will try to hammer away at Baghdad and the greater Shia territory to the east, though this could well result in crippling losses considering how hungry Iran is to slash their throats. The only other remaining option - as I'd hinted at before - is the chance they hunker down and focus on consolidating their power and oversight within territory they can reliably hold. This seems to be the most likely outcome, and once the worst of the bloodshed has passed there's a respectable chance that ISIS's various internal divisions - especially the tension between ex-Saddam loyalists and Jihadi true believers - will cause the organization to gradually self-mutilate.

It's my hope that this will ultimately be their undoing, considering that sustainable governance may not be the strong point of an organization that specializes in rape and civilian massacre. That being said, ISIS would be a difficult infest to eradicate in the short term. They can easily scatter at the first sign of an advancing force, which makes them resilient against aggressors but unstable in terms of sustained territory management. ISIS has become a patchwork consolidation of violent Sunni malcontents, unified beneath a single Jihadi banner and bolstered by exiles from Saddam's regime. This makes them quick with repositioning, and allows them to scatter and reform in ways that a nationalist force cannot. While this renders ISIS nimble and evasive, these foundations erode their ability to sustain the kind of tactical cohesion and martial persistence that wins campaigns. The Kurdish Peshmerga they are not.

In the end, statesmanship is deeply contradictory to how ISIS functions. Considering that the region's Sunni heartland has become a burnt-out, anarchic wasteland, their status as the most deranged and hostile occupants may render them de facto claimants. This would be especially likely assuming ISIS positions itself as the area's overarching Sunni command force, since they could hold themselves up as a counter against Iraqi Shia and Iranian reprisals. It's the damning particularities and unspooling of leadership that would kill ISIS, albeit slowly and painstakingly.

For any questions or contact about this blog, I can be reached at NapalmInTheAM@gmail.com